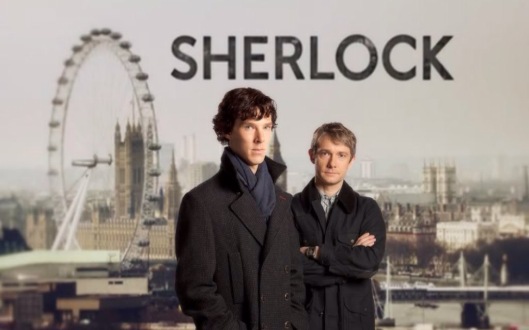 Watching this I wasn’t sure what to think of the show. This was also the first time I saw Benedict Cumberbatch acting and he really gets the feel of Sherlock Holmes. The story is basically a modern retelling of the Sherlock Holmes novels from the Victorian era. It may sound bad at first but the retelling is done with respect and care from the books. Made me want to read the books this show was based on.

Each episode is long, about an hour and a half long so you’ll have to get comfortable when watching this. There’s also all of Sherlock’s deduction shown as all this text when he’s looking at stuff.

Overall this is a pretty good mystery show and you should give it a watch if your a fan of the books, mysteries, or even Benedict Cumberbatch for that matter.