I ended up getting one of these since I heard the PS4 is doing better than the Xbox One sales wise. Heard all of the things it can do like voice commands through the headset. Easy sharing of videos and pictures setting, sleep mode, and even regza-link meaning you can turn the PS4 on automatically.
I also heard the graphics are a bit better than the Xbox One but I can’t really tell too much. There’s also PlayStation now which is kind of like Netflix for the PS3 and PS4. Where you can play PS3 games through the Wi-Fi but I heard it’s a little buggy even with a wired connection. Also you can’t download DLC since that’s just add on stuff.
In the end the PS4 seems to be a good system so far on my end. The stuff I learned was from this video called “10 Hacks and Tips for the PS4” and you can look it up YouTube if you can. 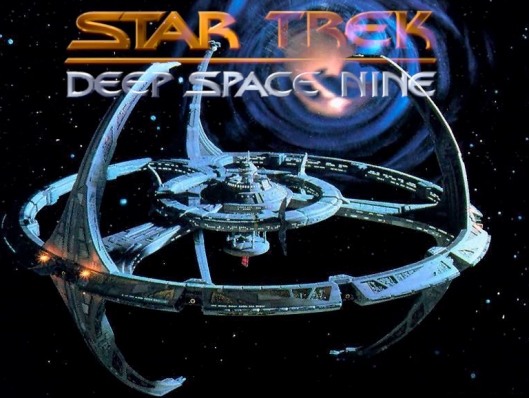 First remember watching this on Spike TV back in 2005. It’s mostly a spin off of Star Trek: The Next Generation where Federation captain Benjamin Cisco takes over an old mining station formally owned by the Cardassins. There he tires to make peace with both the Cardassins and the Bjorn. As well as a new threat to the Federation called the Dominion.
There’s also a shape shifter Odo and they guy who plays him is real good. It got better when Worf was added to the cast and the uniforms changed, the uniforms made me think of Star Trek: First Contact.
There’s also some instances where the some of the cast goes to the mirror universe even. Also when Odo meets his people and then finds the shocking truth about them is a bit surprising.
Anyway this show is on Netflix and Amazon Prime and it might not be as good as the Original Star Trek and the Next Generation it’s good in it’s own rights. Even got a couple of emmy’s when it came out as well. 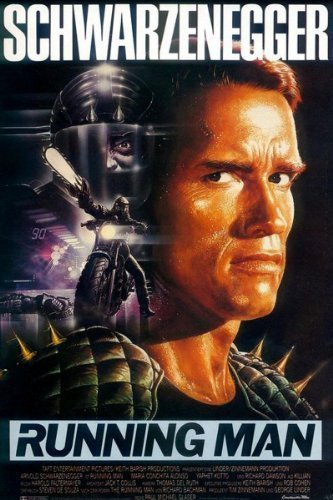 I tried to watch this on the Sci-Fi Channel and the later on Netflix awhile ago. The movie was based on a book by Stephen King when he was Richard Bachman. It stars Arnold Schwarzenegger as a police guy in the near future, wrongfully accused of murder. In this future the only form of entertainment is the Running Man a game show where criminals fight and compete for their freedom. This premise really sticks with you since it seems like reality TV is going down this road at times. Where we have to intentionally die from someone’s entertainment.
The movie itself is okay and Arnold does a lot of one liners. There’s also some electric guy to tries to kill the Running men and he also does opera too. If your a fan of 80’s Sci-Fi and social commentary this is your movie.